​A native of Colombia, he returned there in 2015-2016 to serve as guest conductor and director of the Santa Marta Youth Orchestra. During his summers off from teaching, Mr. Berdugo has furthered his conducting skills in various festivals around the world. In 2017 he was Conductor Fellow at New England Conservatory Conductor Forum with Maestros Charles Peltz and Frank Battisti. In 2018 he was Conductor Fellow in the Czech Republic with the International Conducting Master Class and Karlovy Vary Symphony Orchestra. This summer of 2019 will find him back in the Czech Republic participating in the International Conducting Institute’s Workshop led by Conductors Kirk Trevor and Diane Wittry in concert with the Bohuslav Martinu Philharmonic. 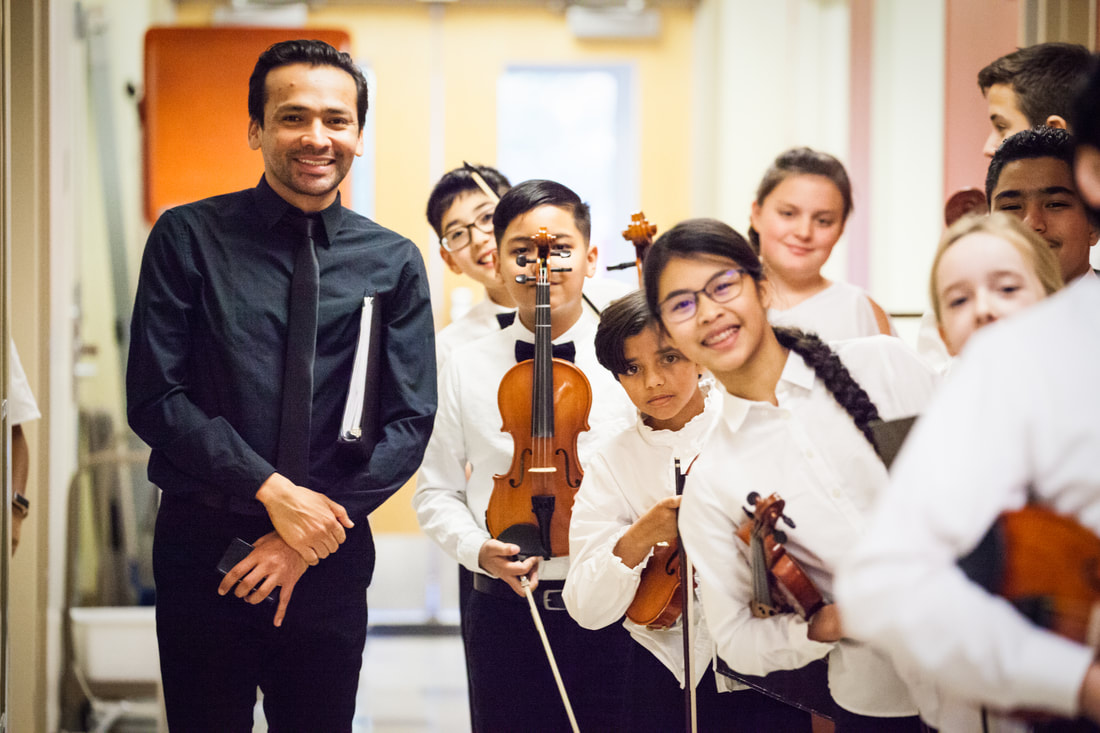